Unbelievably good analysis of the COVID-19 pandemic across the world, using now almost 9 months of data:

Brought to you by plexiglass panels, this podcast explores the current misconception around herd immunity and antibodies to SARS-CoV2. Gabe talks about flying to California and then reflects on the experience.

Here’s a permalink to the episode:
https://gaberobertsart.com/podcast/index.php?name=2020-09-05_going_back_to_cali_brought_to_you_by_plexiglass_panels.mp3

Thanks to JC on a Bike for breaking this down:

The first assumption of all these modelers who sold “flatten the curve” to all the politicians… they all believed that the virus was new.  Of course it’s kind of a new virus, but many parts of the virus are not new, it’s a relative, it has other coronaviruses that are relatives.

I had a problem with the flatten the curve, but I went along with it, I must say, to my own shame, because they said “or else the collateral damage that arises is too big, because oh the hospitals will be overrun…” everybody knows this story.  And I went along with this.  But then, all over Europe, the curve came down, and independent of whether there was a harsh lockdown or not.  Whatever a country did, didn’t matter—the curves were coming down.  So that means that all the model calculators, the epidemiologists with their self-made computer programs—that was basically bullshit because there was a basic immunity there.  The virus had not a chance to infect everybody.  The virus very often stumbled over people who were immune.

That is until today the most panic-inducing principle, namely that most media still speak about “today we had so and so many new infections”.  Which is totally not true.  A virus is a particle, it goes to everybody.  So if somebody is immune, the virus also goes into this body, and it will multiply—even a little bit.  But if you’re immune, you attack the virus first with antibodies and you make immediately debris, the virus is destroyed, you have only parts of the virus around in your tissue, or in your blood… you will find this debris, and part of this debris will be RNA.  And if you make a PCR, all these people will be positive, because the PCR picks up sometimes only one tiny little piece of RNA that is then amplified.  And this assay cannot tell you whether you have the virus, or if you just have some dead chunk of the virus which still gives you a positive result.  So corona positive with a PCR—everybody should realize this is not a quantitative assay, it is a qualitative assay.  It tells you only if a tiny little bit of nucleic acid was there, but it doesn’t tell you whether it was the complete virus, or even a virulent virus… this test only tells you that a little piece was there.

Professor Stadler goes on to say that the de facto immunity before Sars-CoV-2’s arrival, based on T-cell response to other coronaviruses, is probably around 80%.   Listen to the full interview on the Fat Emperor podcast here: https://thefatemperor.com/ep91-emeritus-professor-of-immunology-reveals-crucial-viral-immunity-reality/

Ida Ketonen joins the podcast from Malmo, Sweden, to discuss the Coronavirus pandemic and how it has unfolded in Sweden.

Swedish exceptionalism has been ended by coronavirus: https://www.theguardian.com/commentisfree/2020/jun/26/swedish-exceptionalism-coronavirus-covid19-death-toll

A ‘Nordic’ comparison: Sweden has lower overall mortality than Scotland and Finland: http://inproportion2.talkigy.com/nordic_comparison_4jul.html

Miles, The Elder Brother Roberts, joins the podcast from his farm in Northern Vermont to share how he arrived at his worldview today. From 9/11 to Obama’s election to the Coronavirus pandemic, common threads are followed.

Here’s a permalink to the episode: https://gaberobertsart.com/podcast/index.php?name=2020-07-16_a_new_flag_with_miles_roberts.mp3

Here’s the first flag of the USA, the “Continental Colors”

Here’s the flag of the British East India Company: 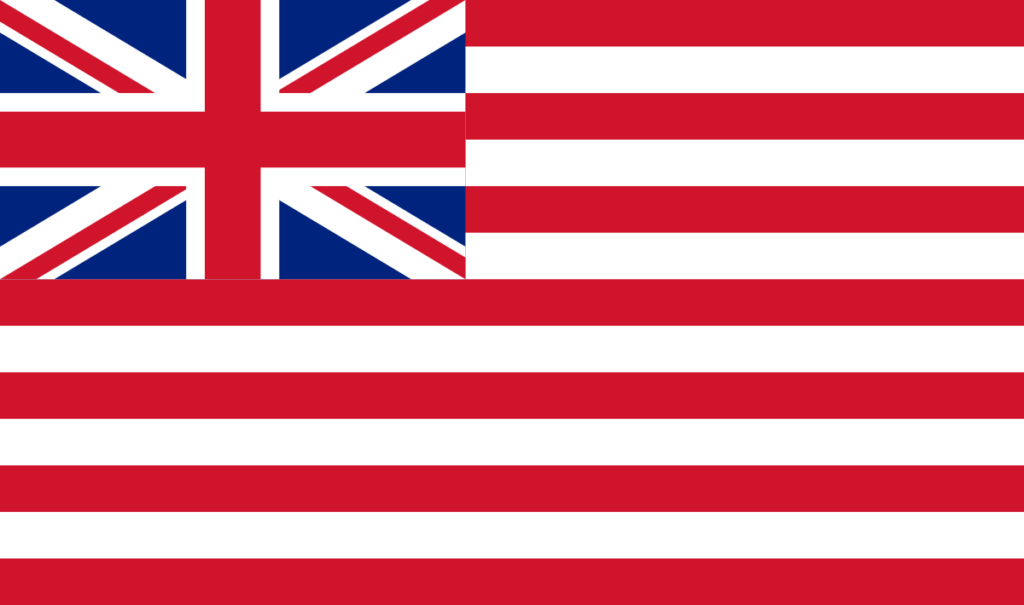 Why Increasing Number of Cases of COVID-19 is NOT Bad News: A Florida Doctor Talks Some Sense

From a letter to the editor of the Orlando Medical News:

Several times a day, on every possible news outlet, we are bombarded with updates as to the new number of “cases” of COVID-19 in the U.S. and elsewhere. News analysts then use these numbers to justify criticisms of those who dare to reject the CDC’s recommendations with regards to mask wearing and social distancing.

It is imperative that all Americans – and especially those in the medical profession – understand the actual definition of a “case” of COVID -19 so as to make informed decisions as to how to live our lives.

Older Americans remember all too well the dread they experienced when a family member was diagnosed with a “case” of scarlet fever, diphtheria, whooping cough (pertussis), or polio. During my career in family medicine, including several years as an Army physician, I have cared for patients with chickenpox, shingles, Lyme disease as well as measles, tuberculosis, malaria, and AIDS. The “case definition” established for all of these diseases by the CDC requires the presence of signs and symptoms of that disease.

In other words, each case involved a SICK patient. Laboratory studies may be performed to “confirm” a diagnosis, but are not sufficient in the absence of clinical symptoms.

Having now been privileged to care for sick patients with COVID-19, both in and out of the hospital setting, I am happy to see the number of these sick patients dwindle almost to zero in my community – while the “case numbers” for COVID-19 continue to go up. Why is that?

END_OF_DOCUMENT_TOKEN_TO_BE_REPLACED

Making Out With Old People in Bars with Joe Gruen: Painting Pictures Ep. 77

Part two of Gabe and Joe’s June chat about the ongoing madness of what we see taking place in the USA, and how badly we need to start making out with old people in bars again.  Gabe opens with a lengthy COVID rant.

Here’s a permalink to the episode: https://gaberobertsart.com/podcast/?name=2020-06-30_making_out_with_old_people_in_bars_with_joe_gruen.mp3

The Backpack Kid Dance: The Cream and The Clear on Painting Pictures Ep. 76

Joe Gruen returns to dispense wisdom and perspective from sunny Sacramento.  The Cream and The Clear discuss the riots in response to the George Floyd event, and the ongoing lunacy of the coronavirus crisis.

The most fearless attack on the world’s response to COVID-19 and the most eloquent description of how to change the narrative of fear and depression and improve our society forever comes from one of the most eminent immunologists in the world, Dr. Prof. Dolores Cahill:

Note: This video, and much of what Dr. Cahill has said recently about COVID-19, has been censored by Youtube and Facebook. It is currently only available to watch at Brian Rose’s London Real website, and you have to enter your email address to access the content. It’s worth it!

Check out Professor Cahill’s website and her extensive CV: https://dolorescahill.com/