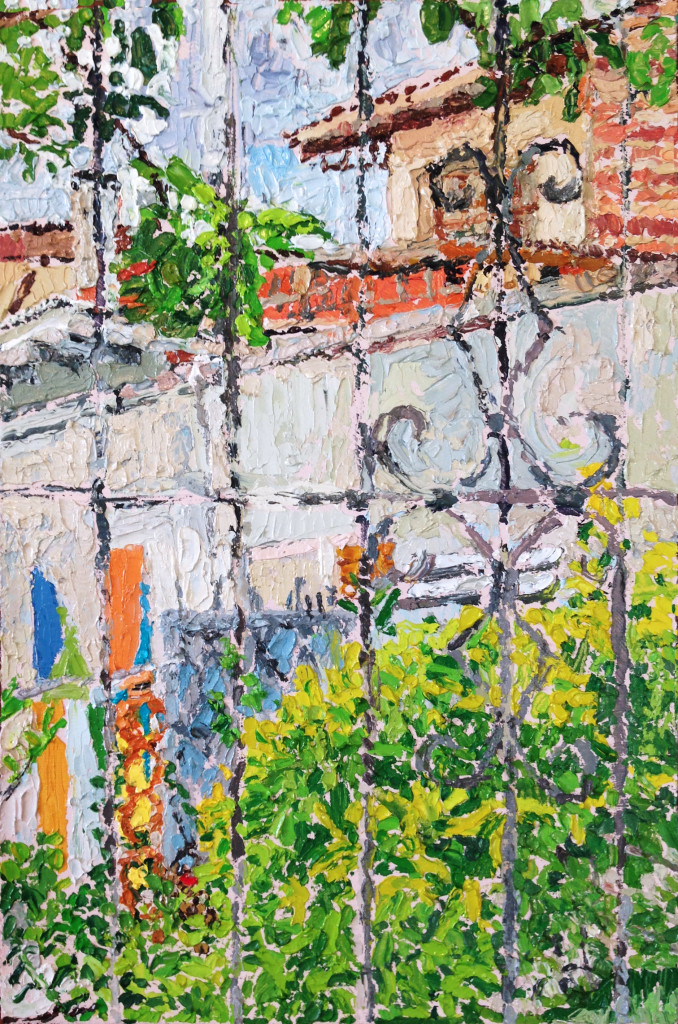 Here’s the first painting I’ve made here in Cochabamba: the view from one of the windows in my studio here at Sustainable Bolivia.

Below are step-by-step images of the painting in progress: 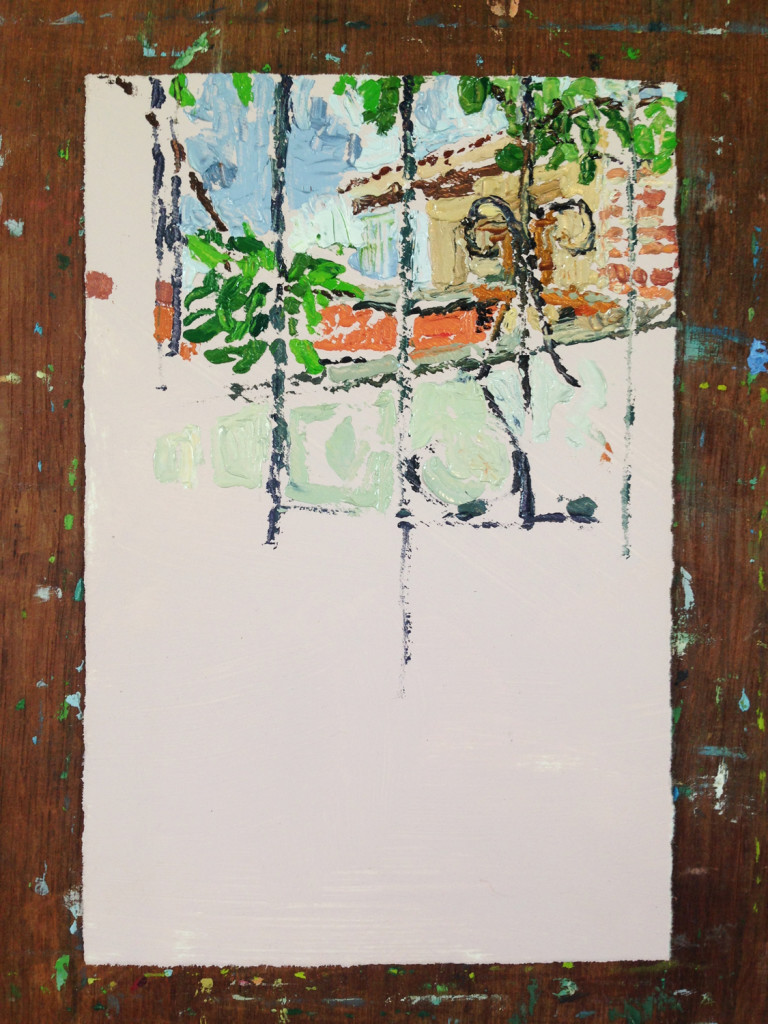 I started with what was at first the most exciting part of the picture: the view over rooftops to the sky. Immediately struggled with painting the curling window bars over the building’s window behind. Look at one or the other and they shift in space. 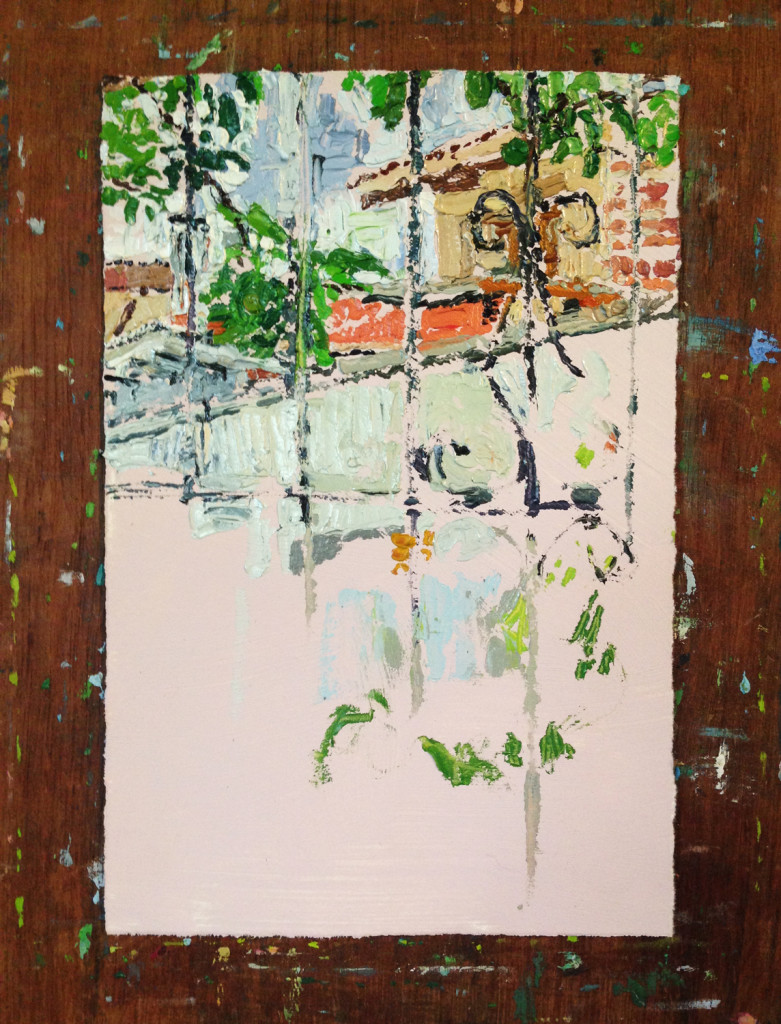 Getting the window bars laid in, the overhanging small roof on the left. 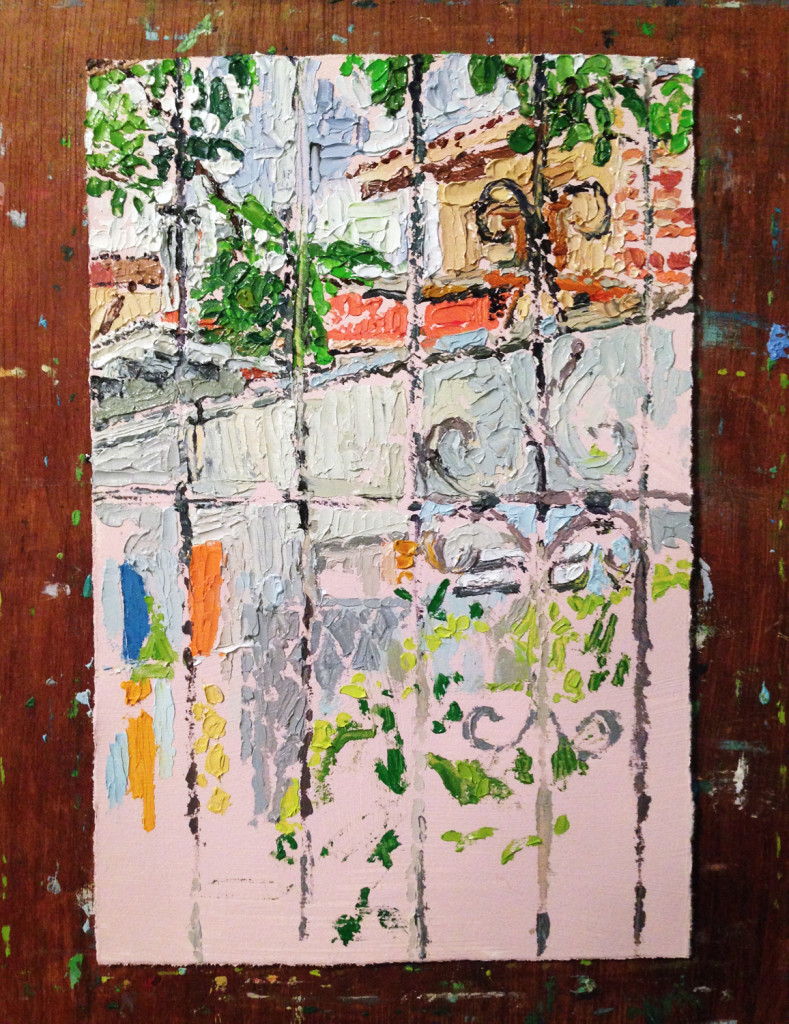 Working on the wall that occupies most of the picture. Getting the colors of the mural (lower left), starting to lay in the bush that takes up the entire lower right of the picture. At this point I thought the wall was blue. 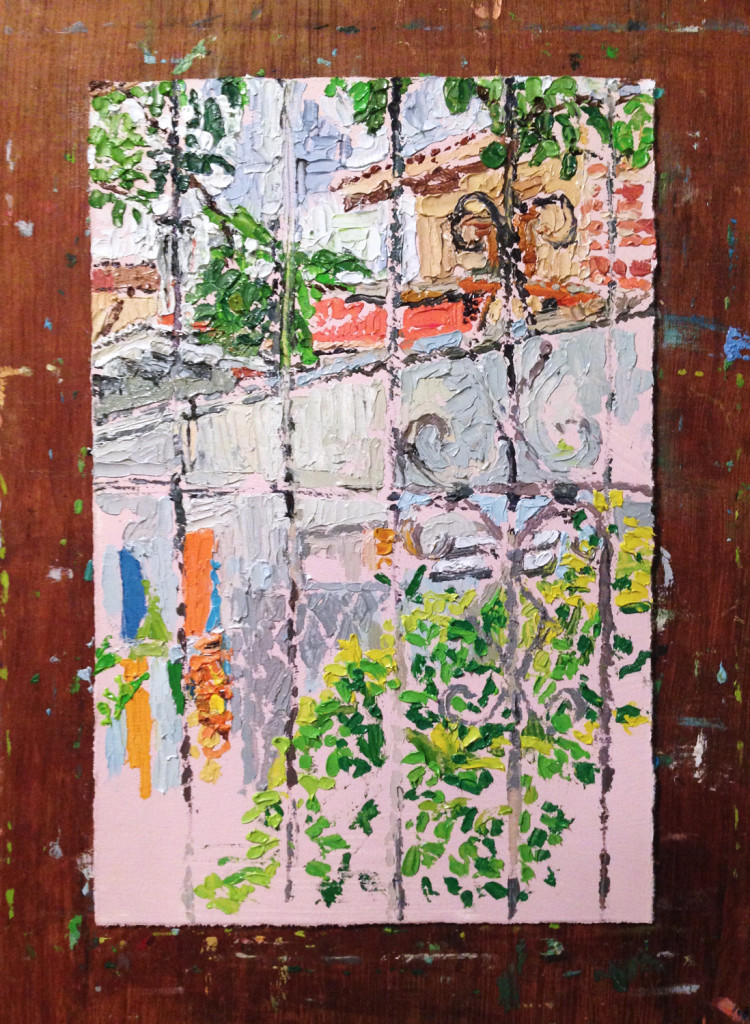 More of the bush, the gate that opens into the wall. Not fully dedicated to this bush: summarizing a bit. Started on the strange stack of round bricks beside the gate (lower mid-left). 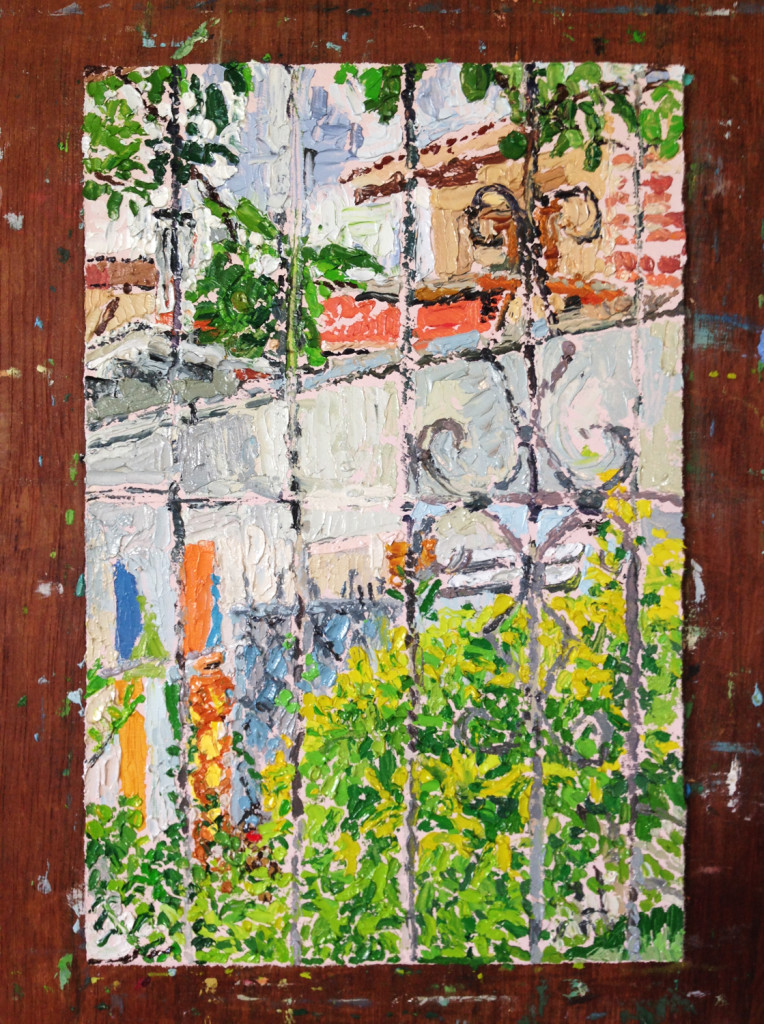 Bush bush bush. Started to realize the wall isn’t all that blue after all. Stopped here and considered calling it finished, but wasn’t satisfied with top half (where I’d begun). 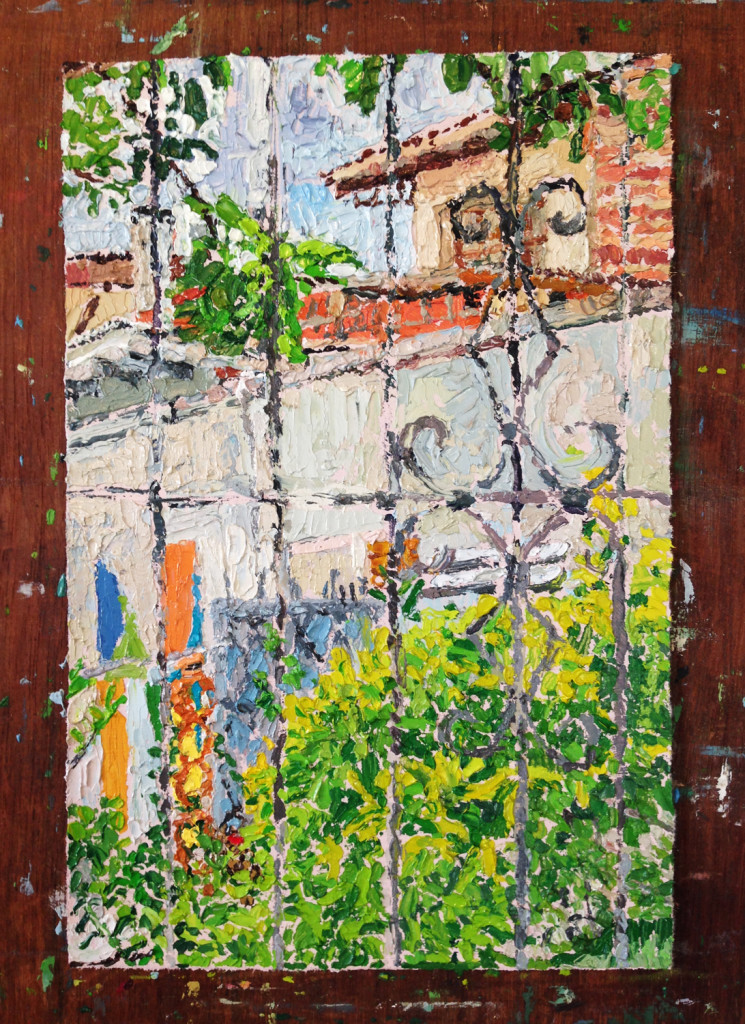 Went back into top half. Made a more serious effort at painting bricks in upper-right. Added lots more neutral, warm tones to wall. This was important to distinguish it from sky. Worked more on bush—actually painted certain passages of leaves. Could have worked more but liked the overall balance and lightness, decided to stop here.